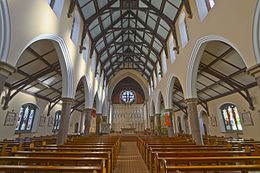 High-dynamic-range imaging (HDRI) is a high dynamic range (HDR) technique used in imaging and photography to reproduce a greater dynamic range of luminosity than what is possible with standard digital imaging or photographic techniques. The aim is to present a similar range of luminance to that experienced through the human visual system. The human eye, through adaptation of the iris and other methods, adjusts constantly to adapt to a broad range of luminance present in the environment. The brain continuously interprets this information so that a viewer can see in a wide range of light conditions.

HDR images can represent a greater range of luminance levels than can be achieved using more traditional methods, such as many real-world scenes containing very bright, direct sunlight to extreme shade, or very faint nebulae. This is often achieved by capturing and then combining several different, narrower range, exposures of the same subject matter. [1] [2] [3] [4] Non-HDR cameras take photographs with a limited exposure range, referred to as LDR, resulting in the loss of detail in highlights or shadows.

Due to the limitations of printing and display contrast, the extended luminosity range of an HDR image has to be compressed to be made visible. The method of rendering an HDR image to a standard monitor or printing device is called tone mapping. This method reduces the overall contrast of an HDR image to facilitate display on devices or printouts with lower dynamic range, and can be applied to produce images with preserved local contrast (or exaggerated for artistic effect).

In photography, dynamic range is measured in exposure value (EV) differences (known as stops). An increase of one EV, or ‘one stop’, represents a doubling of the amount of light. Conversely, a decrease of one EV represents a halving of the amount of light. Therefore, revealing detail in the darkest of shadows requires high exposures, while preserving detail in very bright situations requires very low exposures. Most cameras cannot provide this range of exposure values within a single exposure, due to their low dynamic range. High-dynamic-range photographs are generally achieved by capturing multiple standard-exposure images, often using exposure bracketing, and then later merging them into a single HDR image, usually within a photo manipulation program.

Any camera that allows manual exposure control can make images for HDR work, although one equipped with auto exposure bracketing (AEB) is far better suited. Images from film cameras are less suitable as they often must first be digitized, so that they can later be processed using software HDR methods.

In most imaging devices, the degree of exposure to light applied to the active element (be it film or CCD) can be altered in one of two ways: by either increasing/decreasing the size of the aperture or by increasing/decreasing the time of each exposure. Exposure variation in an HDR set is only done by altering the exposure time and not the aperture size; this is because altering the aperture size also affects the depth of field and so the resultant multiple images would be quite different, preventing their final combination into a single HDR image.

An important limitation for HDR photography is that any movement between successive images will impede or prevent success in combining them afterward. Also, as one must create several images (often three or five and sometimes more) to obtain the desired luminance range, such a full ‘set’ of images takes extra time. HDR photographers have developed calculation methods and techniques to partially overcome these problems, but the use of a sturdy tripod is, at least, advised.

Some cameras have an auto exposure bracketing (AEB) feature with a far greater dynamic range than others, from the 3 EV of the Canon EOS 40D, to the 18 EV of the Canon EOS-1D Mark II. [10] As the popularity of this imaging method grows, several camera manufacturers are now offering built-in HDR features. For example, the Pentax K-7 DSLR has an HDR mode that captures an HDR image and outputs (only) a tone mapped JPEG file. [11] The Canon PowerShot G12, Canon PowerShot S95 and Canon PowerShot S100 offer similar features in a smaller format. [12] Nikon’s approach is called ‘Active D-Lighting’ which applies exposure compensation and tone mapping to the image as it comes from the sensor, with the emphasis being on creating a realistic effect. [13] Some smartphones prov >[14]

Color film negatives and slides consist of multiple film layers that respond to light differently. Original film (especially negatives versus transparencies or ‘slides’) feature a very high dynamic range (in the order of 8 for negatives and 4 to 4.5 for slides).

Tone mapping reduces the dynamic range, or contrast ratio, of an entire image while retaining localized contrast. Although it is a distinct operation, tone mapping is often applied to HDRI files by the same software package.

Several software applications are available on the PC, Mac and Linux platforms for producing HDR files and tone mapped images. Notable titles include

Information stored in high-dynamic-range images typically corresponds to the physical values of luminance or radiance that can be observed in the real world. This is different from traditional digital images, which represent colors as they should appear on a monitor or a paper print. Therefore, HDR image formats are often called scene-referred, in contrast to traditional digital images, which are device-referred or output-referred. Furthermore, traditional images are usually encoded for the human visual system (maximizing the visual information stored in the fixed number of bits), which is usually called gamma encoding or gamma correction. The values stored for HDR images are often gamma compressed (power law) or logarithmically encoded, or floating-point linear values, since fixed-point linear encodings are increasingly inefficient over higher dynamic ranges. [16] [17] [18] 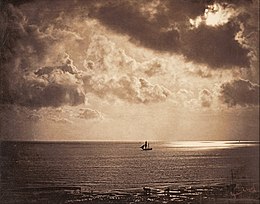 Manual tone mapping was accomplished by dodging and burning – selectively increasing or decreasing the exposure of regions of the photograph to yield better tonality reproduction. This was effective because the dynamic range of the negative is significantly higher than would be available on the finished positive paper print when that is exposed via the negative in a uniform manner. An excellent example is the photograph Schweitzer at the Lamp by W. Eugene Smith, from his 1954 photo essay A Man of Mercy on Dr. Albert Schweitzer and his humanitarian work in French Equatorial Africa. The image took 5 days to reproduce the tonal range of the scene, which ranges from a bright lamp (relative to the scene) to a dark shadow. [22]

Ansel Adams elevated dodging and burning to an art form. Many of his famous prints were manipulated in the darkroom with these two methods. Adams wrote a comprehensive book on producing prints called The Print, which prominently features dodging and burning, in the context of his Zone System.

With the advent of color photography, tone mapping in the darkroom was no longer possible due to the specific timing needed during the developing process of color film. Photographers looked to film manufacturers to design new film stocks with improved response, or continued to shoot in black and white to use tone mapping methods. [ citation needed ] 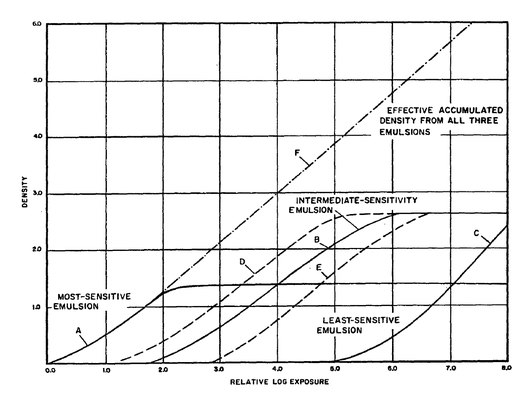 Color film capable of directly recording high-dynamic-range images was developed by Charles Wyckoff and EG&G "in the course of a contract with the Department of the Air Force". [23] This XR film had three emulsion layers, an upper layer having an ASA speed rating of 400, a m >[24] The dynamic range of this extended range film has been estimated as 1:10 8 . [25] It has been used to photograph nuclear explosions, [26] for astronomical photography, [27] for spectrographic research, [28] and for medical imaging. [29] Wyckoff’s detailed pictures of nuclear explosions appeared on the cover of Life magazine in the mid-1950s.

Georges Cornuéjols and licensees of his patents (Brdi, Hymatom) introduced the principle of HDR v >[30] increasing the sensors dynamic by five stops. The concept of neighborhood tone mapping was applied to v >[31]

In February and April 1990, Georges Cornuéjols introduced the first real-time HDR camera that combined two images captured by a sensor [32] or simultaneously [33] by two sensors of the camera. This process is known as bracketing used for a video stream.

In 1991, the first commercial video camera was introduced that performed real-time capturing of multiple images with different exposures, and producing an HDR video image, by Hymatom, licensee of Georges Cornuéjols.

Also in 1991, Georges Cornuéjols introduced the HDR+ image principle by non-linear accumulation of images to increase the sensitivity of the camera: [32] for low-light environments, several successive images are accumulated, thus increasing the signal to noise ratio.

In 1993, another commercial medical camera producing an HDR v >[34]

Modern HDR imaging uses a completely different approach, based on making a high-dynamic-range luminance or light map using only global image operations (across the entire image), and then tone mapping the result. Global HDR was first introduced in 1993 [1] resulting in a mathematical theory of differently exposed pictures of the same subject matter that was published in 1995 by Steve Mann and Rosalind Picard. [2]

On October 28, 1998, Ben Sarao created one of the first nighttime HDR+G (High Dynamic Range + Graphic image) of STS-95 on the launch pad at NASA’s Kennedy Space Center. It consisted of four film images of the space shuttle at night that were digitally composited with additional digital graphic elements. The image was first exhibited at NASA Headquarters Great Hall, Washington DC in 1999 and then published in Hasselblad Forum, Issue 3 1993, Volume 35 ISSN 0282-5449. [35]

The advent of consumer digital cameras produced a new demand for HDR imaging to improve the light response of digital camera sensors, which had a much smaller dynamic range than film. Steve Mann developed and patented the global-HDR method for producing digital images having extended dynamic range at the MIT Media Laboratory. [36] Mann’s method involved a two-step procedure: (1) generate one floating point image array by global-only image operations (operations that affect all pixels >[36]

On June 30, 2016, Microsoft added support for the digital compositing of HDR images to Windows 10 using the Universal Windows Platform. [38]

This is an example of four standard dynamic range images that are combined to produce two resulting tone mapped images. 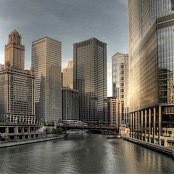 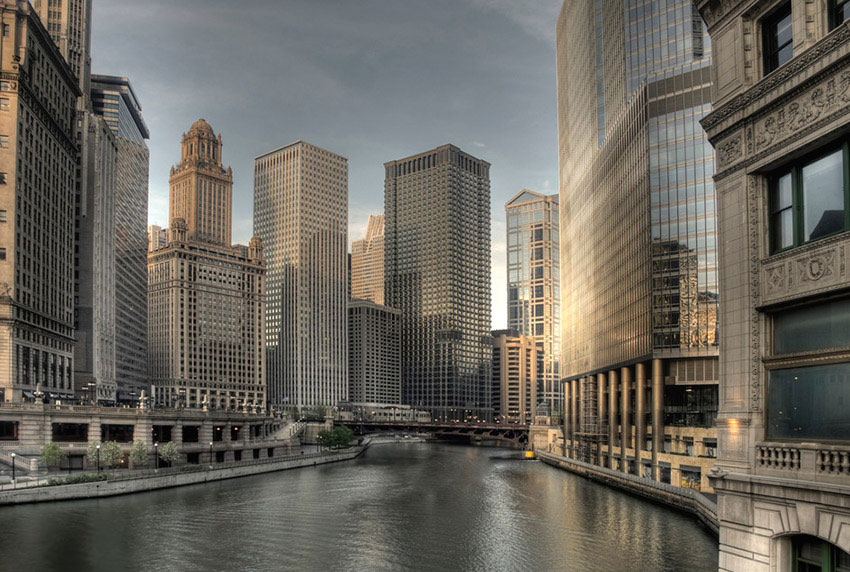 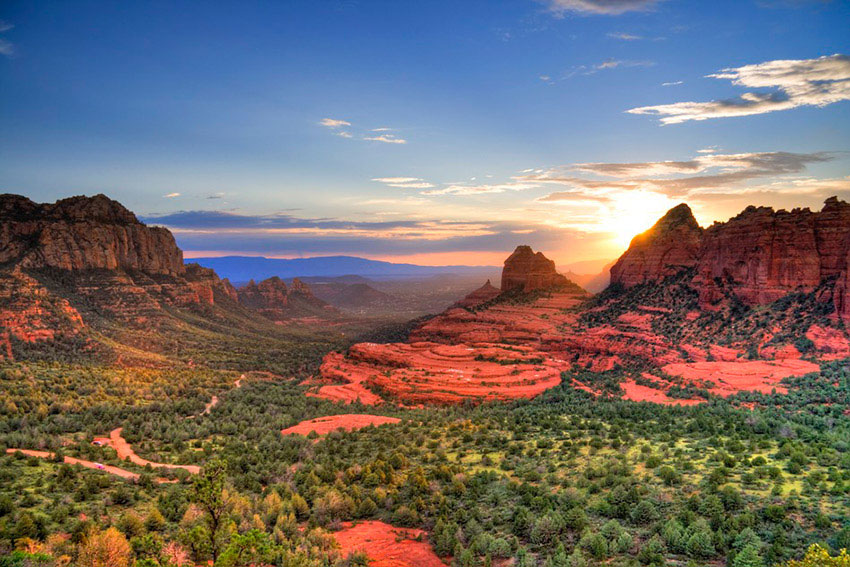 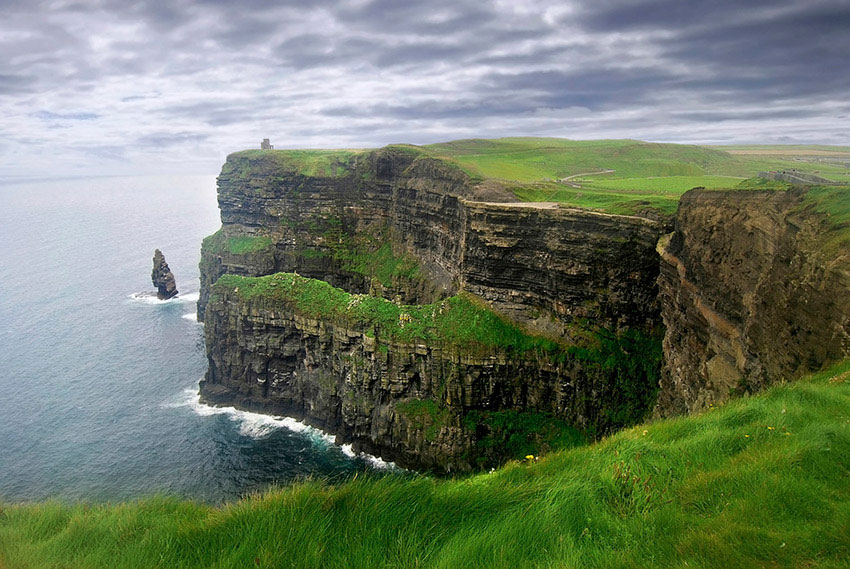 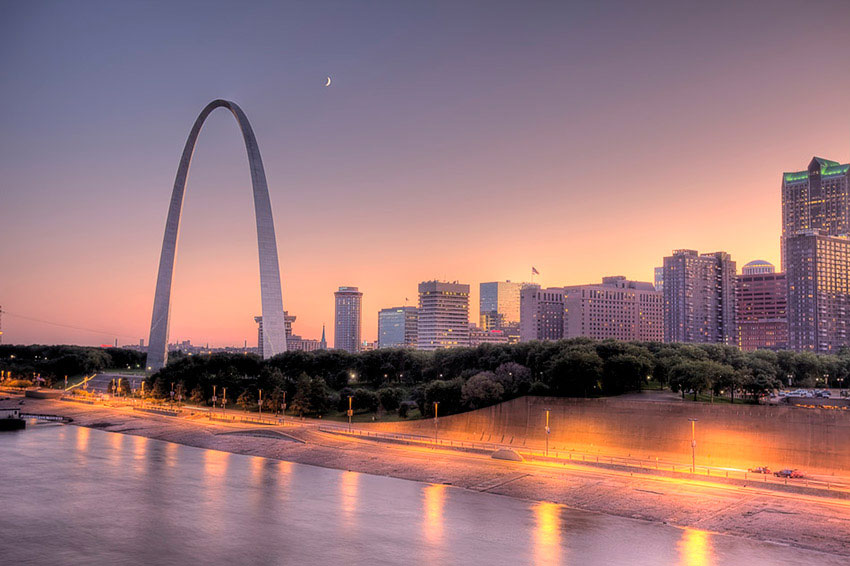 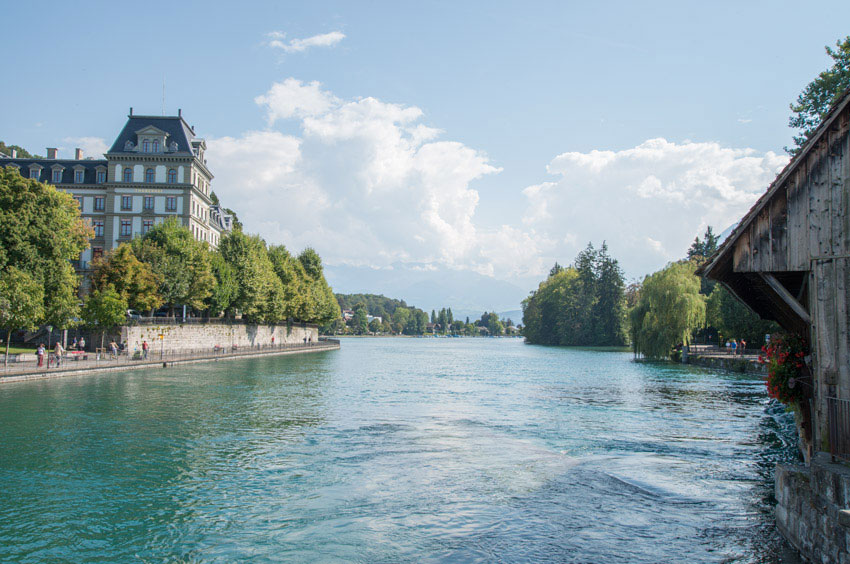 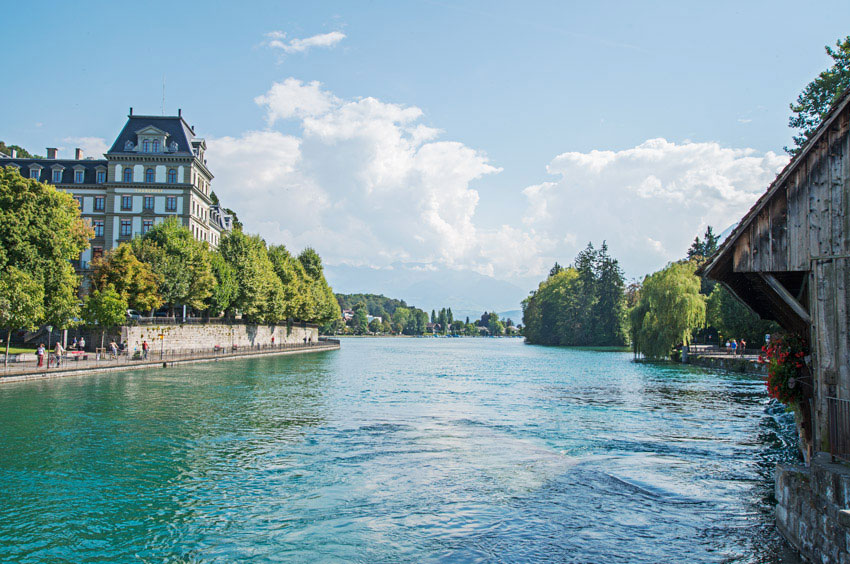 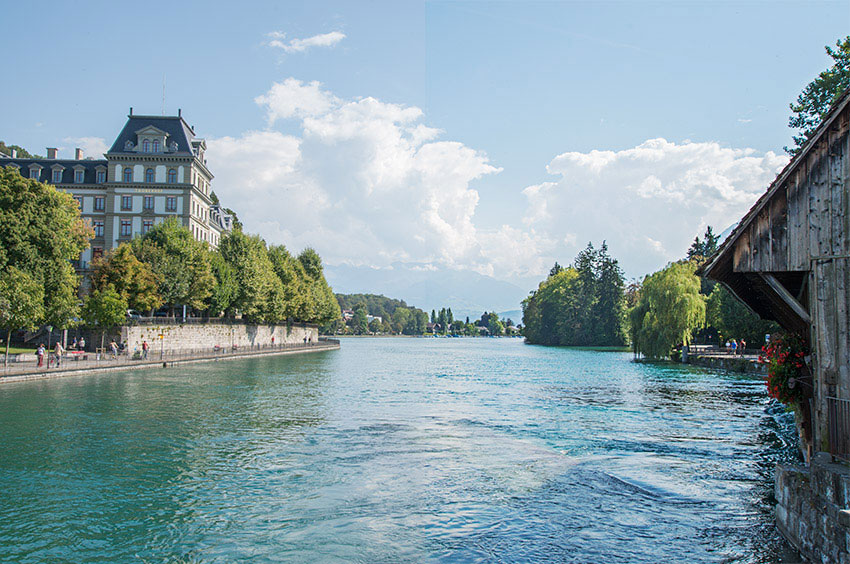